Spirits, Fairies, and a Blow-Up Mary

Like most things in Florida, religion here can be a little different, fringy. The state is home to many unconventional faiths and even the more conventional often present themselves in unconventional ways. Take the Biblical-based Pentecostal faith. It has its own theme park in Orlando. The Holy Land Experience is a Disneyfication of the Bible complete with a reenactment of the crucifixion and cardboard cut-outs of Jesus for photo ops. One even has Jesus with wings sitting on a Harley. Maybe there’s a Bike Week in heaven that requires wings as well as a hog. 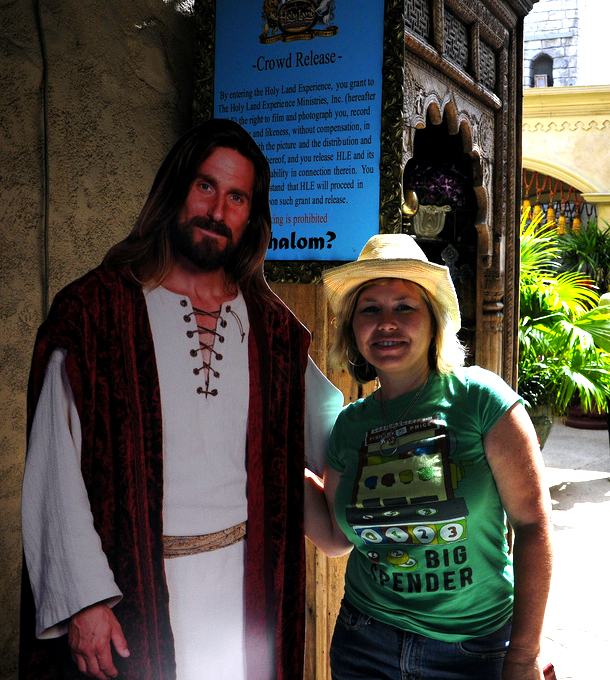 Despite the commercialization of the Holy Son, the park owned by the Trinity Broadcast Network (TBN) is exempt from property taxes. That is as long as it offers free admission one day a year. Normally it costs $45 because hey, a trip to the Holy Land doesn’t come cheap.

According to the Orlando Sentinel, this year on January 28, the Holy Land Experience attracted its largest audience on a free day since it was forced to offer it in 2006 in exchange for the tax exemption.

Meanwhile, another bastion of spiritual fringe that I wrote about in Fringe Florida, the Cassadaga Spiritualist Camp, celebrates its 120th anniversary this year. The community of spiritual mediums — those who hold seances and see fairies and such — is a taste of old Florida tucked away in the live oaks and magnolias about 30 miles northeast of Orlando. Spiritualists believe in the continuity of life beyond the grave and dozens of mediums in Cassadaga will communicate with your dead mom or even passed pet, for a donation that is.

As part of the camp’s anniversary celebrations, on Monday, Feb. 17, the community will hold ‘A Circle of Life’ ceremony in memory of one the camp’s most prominent former mediums and teachers, June Mahoney. June was reportedly medium to several celebrities including race car driver Richard Petty.

The camp also regularly hosts weekend spirit walks where you purportedly may see floating orbs or fairies hanging out in the trees.  For more info on that and the Holy Land Experience, check out my Fringe Florida chapter: “Spirits, Fairies, and Blow-Up Mary.”