Bud Lee, Picturemaker, An Eye For The Fringe

I’ve always been interested in eccentric people whether it’s those who are into strange things or those who fixate on the ordinary to the extent that it becomes strange – the Disney fan who lives in a faux Cinderella’s castle; the woman who has a hand towel collection that could fill a barn. It wasn’t until I worked with noted photographer Bud Lee at Tampa’s alt-weekly the Weekly Planet, now Creative Loafing, that I began to embrace this fascination. Bud’s talent for capturing these worlds far exceeded my own, but with his encouragement I began to take risks in my work and see beauty in the shadows.

I’ve been thinking a lot of about Bud since he died on June 11, 2015  He suffered a stroke in 2003, about a month after he shot my wedding photos. He was confined to a nursing home until his death. Since my tribute to him that ran in Creative Loafing, I discovered old proofs from some of our projects. I hadn’t realized how profoundly he impacted my book Fringe Florida. During my research I often wished that he was well enough to work on it with me. But I see now he was there, inspiring me to not only pursue the unusual, but to also to see the ordinary in the most bizarre.

Here are few images from our photo essay on people and their closets. You probably think, closets, how boring. But, take a look. Note: the original words I wrote for these are lost in the bowels of some long disposed computer. 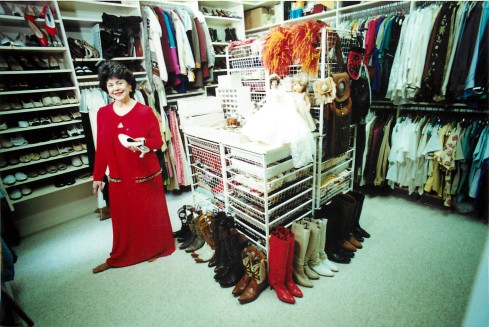 My idea for the project was sparked by a Florida Trend staff Christmas party. The parties were legendary for the view they invited of the then publisher’s closet, which was always protected behind a velvet rope. She graciously allowed Bud to capture it. 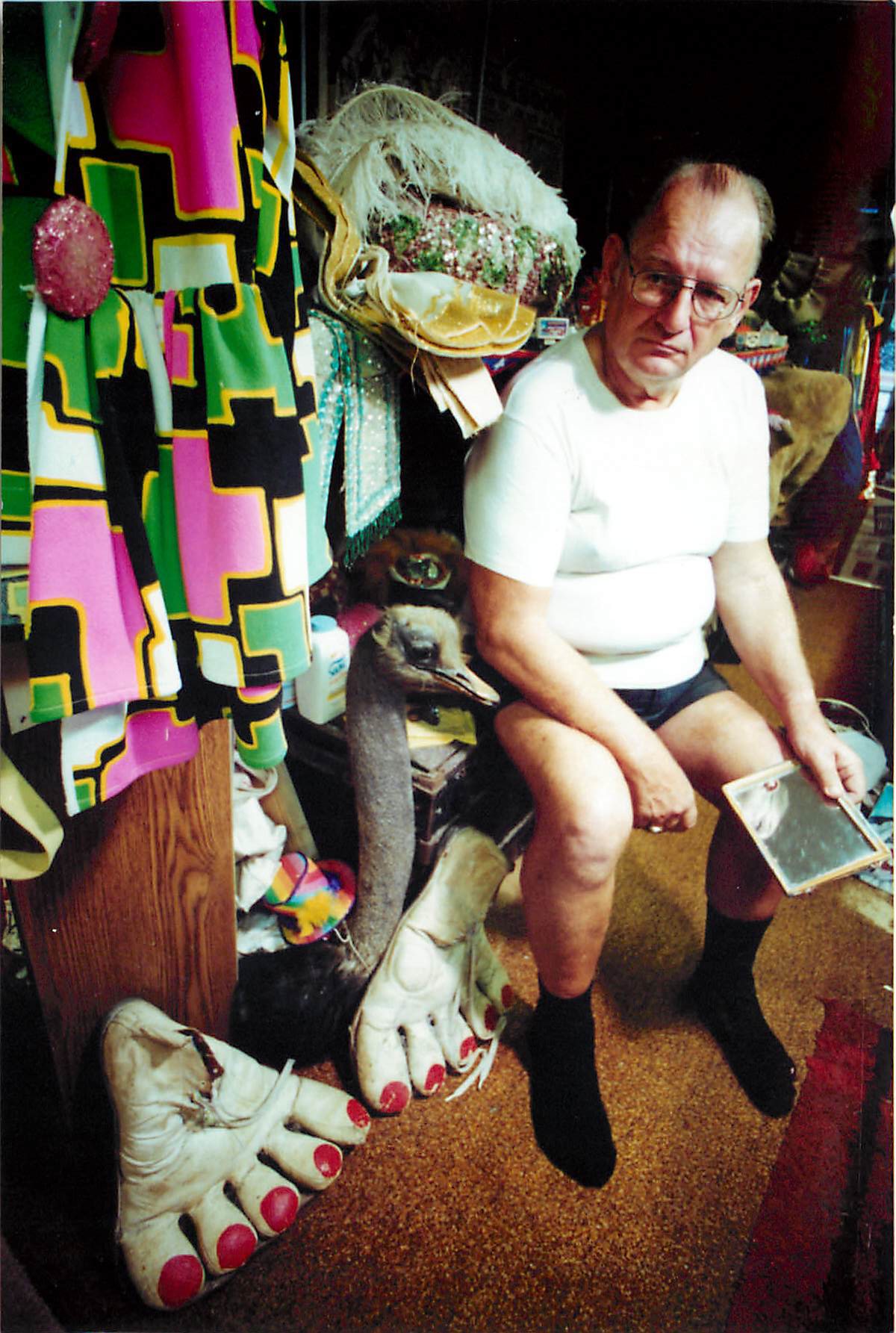 With the idea being that closets tell much about a person, Bud offered that he knew a clown in nearby Gibsonton, a home to sideshow performers. On the way he took me to Giant’s Camp, a dive of a restaurant started by a sideshow giant and his wife, billed as “the half-woman” Later I explored Gibsonton for my book, but Bud’s introduction and images gave me a colorful insight to the quirky community. 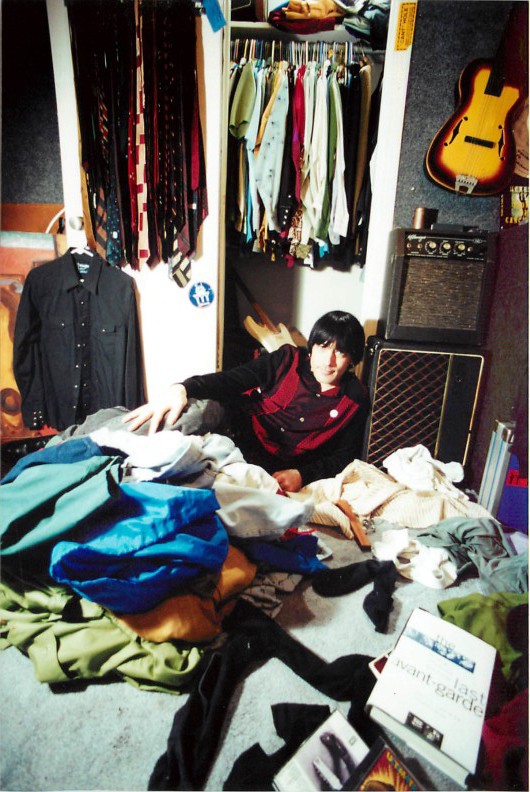 Bud knew just how to stage a shot.

We also worked on a photo essay about Tampa’s adult entertainment industry that upset a few advertisers and got the paper banned from Barnes & Noble. However, the ban was due to a quote I used, not his images. The contrast of the words and black and whites images expressed a duality of the subjects. In true Bud irony, his images captured the normal in those who worked outside the bounds of propriety. 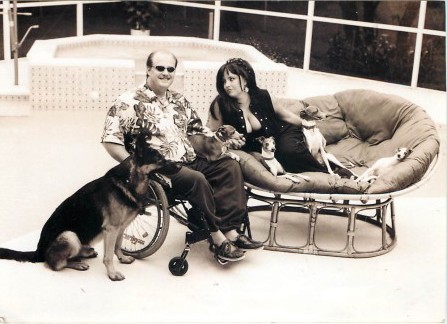 Pictured is an Tampa area Madam, her boyfriend (a paralyzed former Navy seal) and their pet by the pool of their new new home. 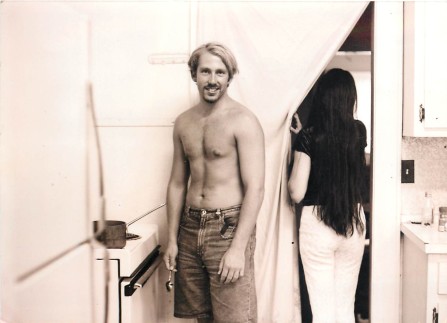 A male escort off-duty in his kitchen.

Without Bud’s influence, I’m sure that Fringe Florida would have been a different book. Maybe less sensitive, maybe more reserved. I don’t know. But I’m sure less interesting.