Just when I think  I have a handle on the most bizarre fringe in Florida, another morphs to surface. Thanks to colleague Craig Pittman, a chronicler of weird Florida, for forwarding me a Daily Beast piece on Maskers.  Maskers are typically men who cross dress in rubber masks and suits, taking on the appearance of a creepy living rubber doll. They may take the, uh, rubbersona of Wonder Woman, a French maid, and of course, Barbie. 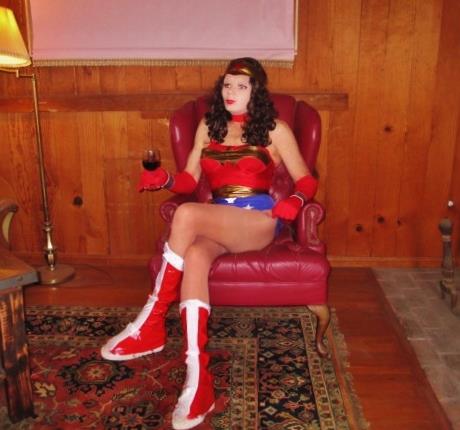 I actually spotted a masker at Fetish Con in Tampa several years ago, but at the time wasn’t aware of the term. The man looked like a blow-up Orphan Annie and was mentioned in passing in my book Fringe Florida.  I found him a little creepy, what, with the human eyes peering out of a rubber face. Think Buffalo Bill from “Silence of the Lambs” crossed with Baby Tender Love.

While masking is an obscure fetish, Florida apparently is a significant address in the kinky world of human rubber dolls, and I’m not speaking of Rubber Doll, the latex fetish performer who lives in South Florida. The DB piece profiles a masker, Robert a.k.a. Sherry, who lives in Orange County, Florida and was featured in the documentary Secrets of the Living Dolls which premiered Monday night on Britain’s Channel 4.  Robert, who by the way is a property developer, said he buys his rubber doll suits from a Wildwood, Fla business called FemSkin.  DB says FemSkin is “a family-owned and -operated business running out of Wildwood, Florida, where Barbie Ramos and her three sons build and deliver $1,800 realistic custom-made skins to clients across the globe.” That’s right. The matriarch of the rubber doll business is named Barbie.

Stay tuned. Something stranger is always just around the bend of the Florida imagination.